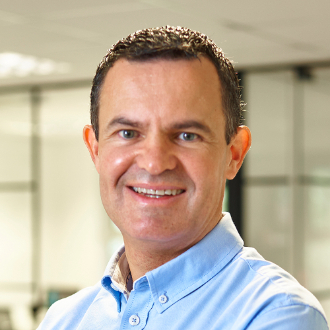 Back in 2005, Fellowship was made up of just two people – Founder & Director, Darren Hickey (a graphic / web designer by trade) and David Vary, a full time graphic designer.

What was the objective?

Thomas Cook launched ‘flexibletrips’ in 2005, a new brand that focused on component holidays. An alternative to package holidays, this allowed customers to choose their own flights, hotels and transfers, as summed up by their strapline – Your Holiday, Your Way.

Thomas Cook commissioned us to design a quick turnaround 172-page brochure along with a website, e-flyer template and web banners.

We designed the brochure, which included creating illustrated maps of over 60 cities. We also designed the website and worked alongside Multicom on the development. This project was long before mobile devices were around, so all designs were done for desktop computer screens at a fixed width of 800px. We paid particular attention to designing a simple, uncluttered checkout experience. This proved highly effective, resulting in excellent conversion rates.

Once the website was complete, we designed and built a master HTML e-flyer template along with a range of animated Flash (remember that?) web banners.

How well did it work?

The project was a huge success and we continued to work with Thomas Cook for many years on subsequent flexibletrips’ travel brochures and website improvements.

Thomas Cook’s marketing team (who I remember fondly) were a pleasure to work with and were also suitably pleased with the result.

“Darren did a fantastic job on our flexibletrips brochure and website. His creativity and attention to detail were impressive, as was his considerable effort to deliver the project single handed in such a short timeframe.”

What did we learn?

Due to our small team of two, I delivered the flexibletrips project on my own while my other designer, Dave, looked after other client work. To be honest, I underestimated the scale of this project and worked approx 80 hours per week for much of it. I can remember the final two weeks being particulary tiring, not helped by a pre-booked 3-day trip to New York in the middle of it!

I also learned how valuable my knowledge of web development was, considering I was actually a graphic / web designer. I had learnt HTML and CSS in the early 2000s and found those skills particularly useful when designing the website. As internet speeds were pretty slow back in 2005, my design relied on clever use of bulletproof CSS and very few images.

How would we do it differently now?

Get help from another designer! Seriously, now we’re a bigger agency with three designers, we’d share the workload out to avoid those long hours.