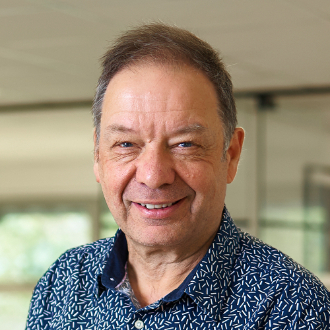 Our latest recruit, WordPress Developer Mike Onslow, has been with us since November 2021.

And developed a tool for customers of Genessee & Wyoming US to compare railroad access to different industrial sites.

Mike’s passions outside work are running, goalkeeping, gaming and travel. He runs 4 or 5 times a week and has just recorded 19:28 for his 5k park run, smashing his sub 20 minutes’ target.

He plays football weekly and is a 1:1 and team goalkeeping coach, having played regularly for amateur teams until he turned 30.

Mike and his wife, Hannah, try to get away five times a year and have set themselves a challenge to stay a night in every county in England. Of the 48, they’ve ticked off 20 – with two more booked this year… so far!

Their favourite spot is the north Norfolk coast around Wells, but they also enjoy the North York Moors and the Peak District, where they go ‘waterfall hunting’. Last year they visited five in a week in the Dales.

Mike’s biggest buzz came from a solo, static line parachute jump when he was at university. While the parachute is pulled for you as you exit the plane, if you have to deploy your reserve you’re on your own!

“It’s great to be part of a larger team with such a varied range of skills. I feel I’m learning new things and stretching myself on a daily basis.”

One thing Mike won’t have to learn is the countries of the world. His party piece is that he can name all 197 in under eight minutes.

Not a lot of people know that… until now.